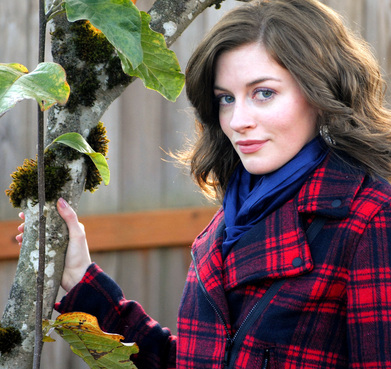 Maeve O'Connell was born in Southern California, and at an early age moved to Oregon with her very large family. She attended classes through a local homeschool resource center, where she met co-creators Jessamyn and Alayna in Dance and Theater classes. In dance, Maeve used to study Ballet, Modern Dance, Jazz, and Mime. She has performed in several plays, in roles big and small. Her favorite character she has played is the Grand Duchess Olga Katrina in You Can't Take It With You. Since graduating, Maeve works as a nanny, and in her spare time attends book club, bible study, sewing lessons, tweets silly things, and helps create Project Dashwood. Maeve is a fan of Sense and Sensibility, both the book and the 1995 movie adaptation, and is therefore excited to be working on this project.

Maeve's favorite web-series are very originally the same as her co-creators: Nothing Much To Do, and Autobiography of Jane Eyre.

You can follow Maeve on Pinterest at "Maeve" and on Tumblr and Twitter at Myattorneybernie and Myattorneyberni. Yes, there is a difference, because Twitter is lame and did not let her include the last "E" in her username. Apparently Twitter does not respect Blossom Dearie references.